Consciousness can be described as “awareness with focus”.

Western culture has always been deeply suspicious of alternate states of consciousness (ASC) and has, in fact, often demonized anyone whose focus on reality has fallen outside the cultural norm.

In contrast, other cultures, such as the Hindu, Japanese and Chinese have venerated, honored and widely promoted the exploration of ASC’s. It’s built right into their culture and the way they view life and the universe.

For example, Sanskrit has about 20 nouns for “consciousness” or “mind” compared to only a few in western languages. How many English words can you think of for it? What does that tell you about the importance of consciousness in our culture?

Our consciousness — our focus of awareness– has been defined and “installed” in us by our parents, mentors and culture since our earliest infancy. What we focus our awareness on — what we perceive as “reality” — is taught to us by the consensus of our culture. It is not inherently the “real” reality of the world. Other possibilities are inherently excluded.

Consensus reality — a kind of “democracy of reality” based on what the majority thinks we should perceive — is a sort of “truth designed by a committee”. (The Council of Nicaea in 325AD is a blatant example.)

Most of us are trapped in this and are not even aware of it. Our egos are inherently designed to “protect” us from wandering into other states of consciousness outside of our cultural norm. We are unable to even consider the existence of other possible focuses for our awareness.

Once in a while, however, a few of us wake up, even for just a moment or two, and get a glimpse of something way beyond our current “focus of awareness”. We “transcend” the consensus reality to a whole new level of being. Something very exciting and profound happens to us – we realize that our world can be much, much richer than we thought. A door is opened…

We may also discover that the languages of consensus reality are wholly inadequate to describe the new realms of mind we have found. It’s like trying to describe the taste of orange juice to someone who has never eaten an orange.

Exploring alternate states of consciousness is one of the highest “calls to adventure” known to mankind. It greatly transcends the quest for power and wealth and may give our lives a whole new meaning and Purpose.

Fewer than 1% of us will hear that calling. The remaining 99% of us will be the critics, the nay-sayers, the ones who role their eyes and ignore… the “sleepers”.

Are you listening? Or will you remain asleep?

Fetish as a field of practice

A practice is a field of knowledge, experience and activity that one continually works at to expand and improve. It grows. It is always becoming bigger, better, deeper yet it is never finished..

Perhaps fetish makes a good field of practice specifically because it is a very obvious phenomena in the Rubberist’s life that is infused with an enormous amount of energy as it is directly related to sexuality. 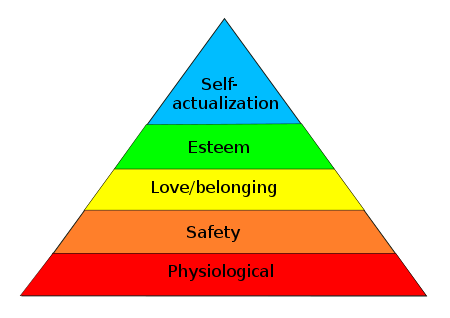 If the goal of life is to climb “Maslow’s Mountain“, i.e to become all that one can be – to “self-actualize“, it would seem that “becoming all of the fetishist that we can be” is something we (fetishers) are destined to do, anyways, even if the reasons for having the fetish are not apparent or discernible . It’s who we are, so it follows that we should explore and develop it as much as we can.

In a sense, our fetish practice _is_ our path up Maslow’s Mountain.